Soupy Cartoon News
(aka the most meaningless news)
I went absent for 25% of the year, nice

I fixed the zoom issue on the site and made the snow not go behind the world for the Christmas theme.

I really want to finish Milk Man 2 by the end of the year, but I have tons of schoolwork to deal with so... who even knows if that's possible. Even if it isn't though, I'm gonna try real hard to.

I put up a devlog for Milk Man 2 so you guys can see what I've been adding to it and when. I've been holding back on updating the site so I can get as much work done on the game as possible, except I've still gotten barely anything done on it this past month so whoops.

I've been getting better at handling school at least, and in return, been having more free time than usual lately so that's cool.

Lastly, I've been wanting to do some livestreams on my old YT channel, but I haven't decided on anything to do yet. If I do stream something it'll probably be Milk Man 2 development.

Since it's October now, the site design changed to the halloween theme. It's pretty weird for me to see it in use finally, since I programmed it to switch themes automatically about 6 months ago.

The theme's a little buggy, and some colors aren't working, so I'll fix it in the next few days.

I'm still working on Milk Man 2 btw, hopefully I can finish it soon.

I made some minor changes to the misc page by adding images below each section heading. I still have some things misc content to add to that page but I'm too lazy to add it.

I've also updated the halloween site design so that the site title changes to spoopy cartoon when you hover over it.

I updated the look of the home page by adding the 3 links below the "welcome" text, lowering the play time of each game by 3-5 mins because I think I guessed those to be too high, and by adding the link me page.

Also I got rid of the "discount games section" and replaced it with the "very bad games" section on the home page.

I finished the unused content from my games page. Now it includes content from all of my games, instead of just Josh Dumb (also I replaced the audio elements with speaker icons that look better I think).

Also here's a gif I made that I thought was funny.

Edit: I also added the source code of Bienvenido and Josh Dumb 2 to the unused page, as well as some early builds of my games.

I finally finished Milk Man 2's core gameplay just now, (aka what I call every part of the game besides the maps/story), so development should be a lot easier and more fun from now on. Here's a list of what I added since the release of better edition: 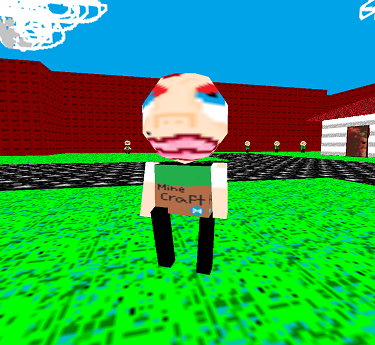 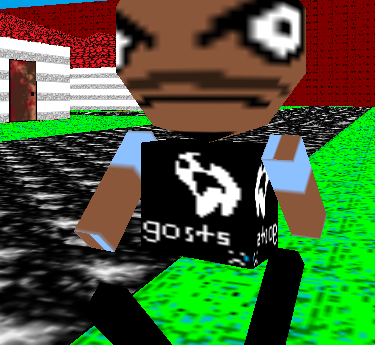 I was gonna add a gif of the crouching mechanics to this post instead of the dude with the gosts shirt but I'm too lazy to. Also seeing slopes in Milk Man has been surreal as hell for me. The slopes also took 6 whole days of working to make so yeah.

I have some videos of early iterations of the slopes while I was programming them but I'll upload them somewhere later. For now though, you can look at this, a catastrophe that happened when I tried to draw the sides of slopes: 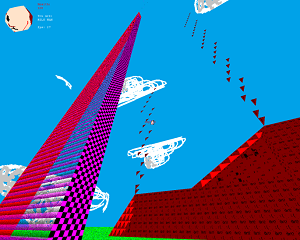 Also um that's about all the development I'm gonna do this summer because it's ending pretty soon. I'm just glad I got most of the difficult programming for this game out of the way. Anyways bye.

I added the fan art page and changed the navigation links at the top of each pages to gifs that move around and play sounds when you hover over them. I also unlinked the about page but it'll be back soon.

So yesterday (or I guess two days ago now) I was meant to release an hd remake of milk man but I didn't finish it in time. I released it now though as Milk Man: Shit Edition: Better Edition. 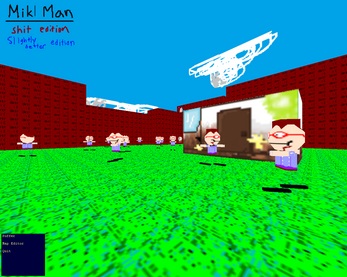 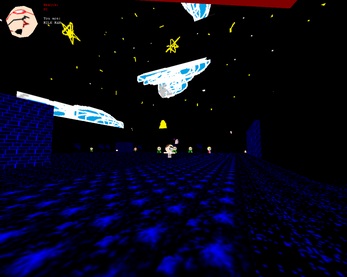 Here's what's different in this game compared to the original:


...and that's basically it, I hope you like it. Here's a few of the cheat codes you can type ingame to activate: "weeeeee" "clockday" "brohelp,bro" "milkdrop" "letsgotoaplace...whereeverythingismadeoutofblocks"

I'll probably hide the rest on a secret page on the site. As far as site updates go, soon I'm going to add a fan art section, a guestbook, and a crap games section to the frontpage.

I'm working on the core gameplay of Milk Man 2, mostly optimising the main game, and fixing the intentionally broken features of the original. The original game's performance was pretty bad, but I think I'll be able to improve it without sacrificing large maps or interesting ideas in the sequel.

I also added the site todo list to the development page, and spent a day porting Josh Dumb 2 to html5 so I could submit it to Newgrounds here. I'm planning on releasing something for this site's 1 year anniversary on the 14th!.. though it won't be that interesting and I might not even finish it on time so yeah. 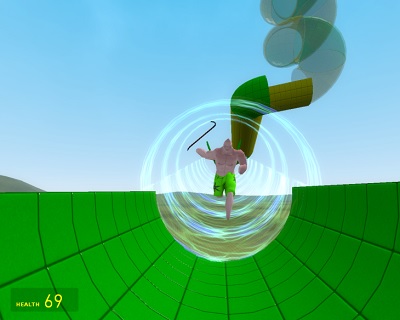 I made the discount games section and added Josh Dumb 2 to it, also I might make a blog here soon.

So... I haven't updated this place in about 3 months... whoops. I've actually been working on this site update since the July 3rd, but I haven't finished it until now. Online school has been pretty difficult for me and it took up most of my free time. Since it's summer though, I can finally work on things again.

I added a sitemap and development page, and also redid all of the game pages to include stats and gameplay videos. I also wrote some js code that fullscreens the game maker html5 games on this site properly... which was a lot more annoying to do than it sounds. Lastly, I redesigned the entire misc page and archive, which now contains all of the old site designs.

Recently Squily and I made Josh Dumb 2... sort of. You can find it over here. It's basically a short game I made to get back into game development after not finishing anything for a while. It was also made for adriendittrick's Game Breaker's Toolkit Jam, the same one that Milk Man was made for. 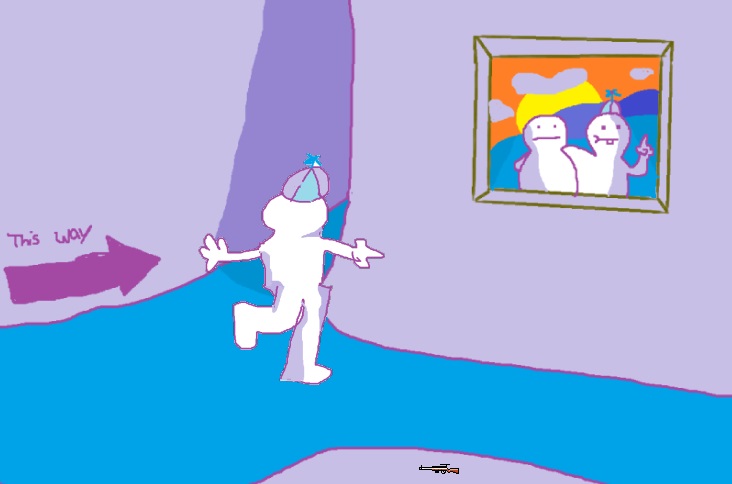 Now, I'm working on Milk Man 2, since it's summer and I can talk to my friends like Squily more often, who I'm working with on the game.

Sup guys. I've been thinking about Milk Man: Shit Edition periodically throughout this year, and how I've wanted to make a sequel to it.

The problem was that I made that game in Game Maker: Studio 1.4, which I lost my copy of. I attempted to load the project in Game Maker Studio 2 (a new version of game maker), but it didn't work. This weekend, however, I got a copy of Game Maker 8.0 (a really old engine), so I spent the weekend porting it over, and uh... 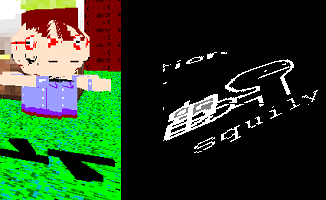 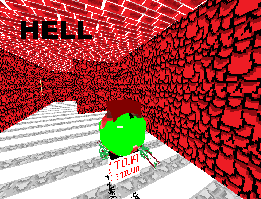 (this guy has trees for arms)


...it's been going pretty well actually despite these screenshots!


I'm almost done with the port. The game works, but the level editor has 2 missing features. By the way, maps in the original game were encoded in JSON, which Game Maker 8.0 can't read, so I had to encode the maps in my own format I made up in like 5 minutes.

The format actually works well though and the file size of the maps has gone down by around 80%. I'm kinda tempted to work on Milk Man 2 now, since it's finally possible, but I'm gonna finish guyman first.

This is a pretty small but noticeable update, well not right now though.

The halloween & christmas themed layouts will now be used automatically depending on what month it is, or whatever month it is according to your computer.

I think development on guyman & my album might happen faster starting from now, but I still don't think I'll be releasing any of those soon. Earlier, I was trying to rush both of them, but now I'm fine with them taking longer than normal to complete.

This is a pretty small update site-wise, I just added an about me page. I'm also thinking of adding a page about all of my game projects that I abandoned, since I have a couple of those.

I've almost finished 4 songs for my album, here's one I finished recently.

I'm still programming the environment of guyman. Here's a screenshot of how that's been going: 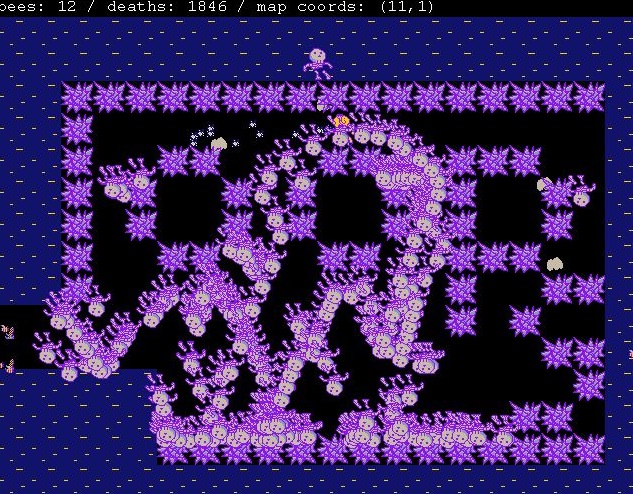 I'm kinda preoccupied with life at the moment so I won't be updating things that often. I added a couple of things over here though:


> misc page 2
> stupid.htm
> you will regret clicking on this
> my archived bad old beepbox music


I'm still working on guyman, and I'm considering using Deporitaz music in it.
The midi album I mentioned before will probably become mp3s becuase I learned how to use soundfonts.

Also here's a song I made I might use in it.

I redesigned the site and rewrote the html for every page again because I'm an idiot, or something.

I also added the ability to cripple the brog on the index page, which I've been wanting to implement for a while.

I've been struggling to program the music editor for guyman, so I might just use BeepBox to play audio otherwise I'll spend forever working on the game.

Now every finished game I've made is on the site. I realized I could embed Josh Dumb & Crap OS instead of having to buy a neocities supporter account to host them here, so that means I never had to learn javascript and make my games with that. I'm still glad I chose to learn javascript though because it's useful for sites and made me a better programmer.

The archive section for the site is now up too. Right now there is a version of soupy cartoon from August of 2020 there, and an archive of my old website, Catpage.

I still used Catpage at the time I made Josh Dumb, so you can see it in that game, though it's still dead. Speaking of that game, I put together a collection of unused content from it on the archive section as well.

Lastly, I added music to the home page. The song that plays is a remix of a song I made in 2018 titled "swirl". I originally wanted to play A Depressing Song by Deporitaz on the home page, but I need a supporter account to host that.