hlcomic is a short web comic I made about Half-Life in the style of some comics I made when I was in 3rd grade. Here's an example of one of those comics: 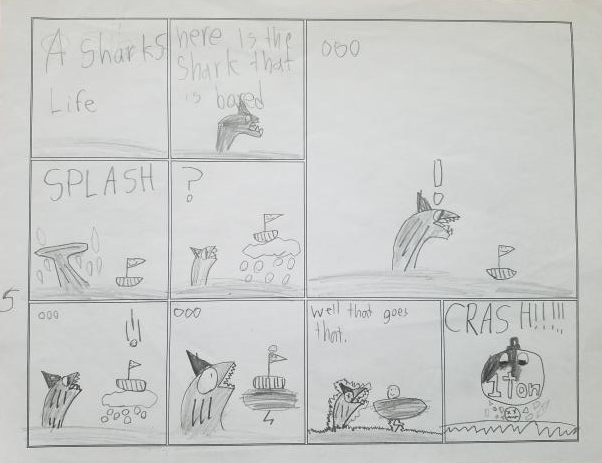 My classroom had a bin of papers with comic templates on them, and people would use them to make shitty comics like the one above. Despite how pointless these were, they were pretty fun to make. I set up these two rules for how I would draw hlcomic on mspaint to emulate what it's like to have a crappy pencil, aka what I used to make my older comics:

1. I'm only allowed to use the pencil tool with the smallest size.
2. I can't erase things, but draw using gray (emulating a crappy eraser).